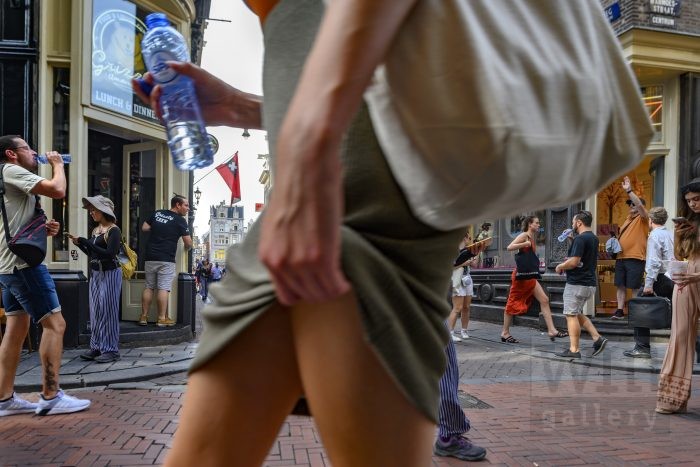 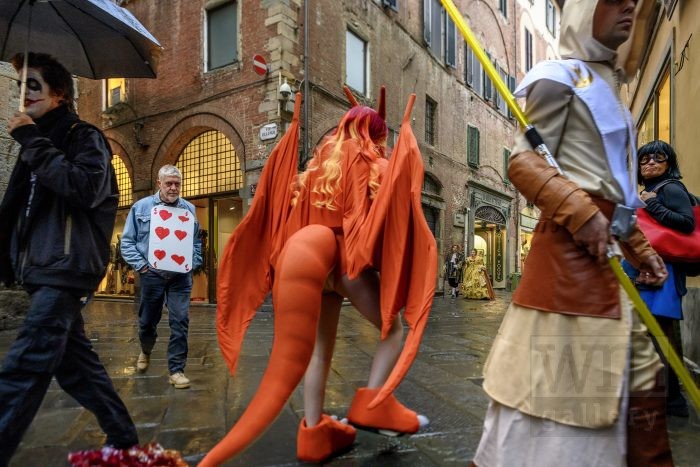 when crowds were still common…

Co de Kruijf’s ongoing Homo Turisticus series is something of a conundrum. At first glance, it seems to fit squarely in the genre of documentary street photography, yet something just doesn’t seem right. Or alternatively, perhaps something just seems too right. Every human subject captured in the frame seems to be exactly in the exact middle of doing something – whatever and however banal it might be. They might be taking a bite out of a hamburger, stuffing a fry into their mouths, walking their dog or simply looking for directions, but the sheer timing of the shot is incredible. And there seem to be so many of them, the human subjects that populate de Kruijf’s photographs.

It seems inconceivable that he just happened to be there, in exactly the right place, at exactly the right time, and click! The perfect shot. Seventeen people at the same time, perfectly caught on camera, in the split second of an everyday act. Yet there they are, de Kruijf’s pictures, proof of his impossibly perfect timing.

Truthfully though, it actually is impossible. De Kruijf’s photographs are carefully constructed, texturally layered, balanced compositions. Like an 18th century sketchbook artist on the corner of a busy thoroughfare, de Kruijf stands on the same spot for a considerable amount of time, observing the procession of a carnivalesque humanity going about its pleasure and business. There are smiles and grimaces, walkers and cyclists, beer drinkers and health freaks, dog-walkers and cigarette smokers, and much else besides. And de Kruijf captures them all, all of them available in his repository of digital sketches. It is only later that he carefully forges his image, labouriously adding this person and that, doing this thing or the other. The result is an image of spectacular density and rich thematic compression. It becomes a veritable feast for the eyes, a voyeur’s wet dream, each and every subject and detail visible and available for close scrutiny.

Most street-photographs are shot on the spur of the moment, usually focussing on one, perhaps two subjects in an oftentimes classical urban setting. De Kruijf’s photographic mise en scènes on the other hand are carefully cultivated and focus on all subjects at once. They are extreme compressions of time and space, raising not only questions about the nature of street-photography and documentary in particular, but also about simultaneous perception and the possibilities of synchronicity.

Shot in several tourist destinations around the world (we see scenes from Amsterdam, Hong Kong, Beijing, Lucca and Pisa for example), de Kruijf’s photographs are densely peopled with that most ubiquitous of species; the human tourist. Yet it is without resentment that he populates his tableaus with that universal species, indeed, de Kruijf seems to revel in the contradictory, strangely diverse uniformity of his fellow sightseers. Indeed, in these times of Covid we may have forgotten – or sometimes even missed – the feel of crowds, of hordes, of throngs of visitors that invade our cities’ public spaces. And despite the problematic underlying, socio-economic structures or environmental consequences that accompany global tourism, it would seem the moment, this moment, to shine a light on what we all have been, at one time or another, and hopefully might be again; Homo Turisticus – when crowds were still commonplace..

Co de Kruijf will be present at the opening on Friday 4th September at Gallery WM. In light of Covid19, we ask you to RSVP to strypson@hotmail.com 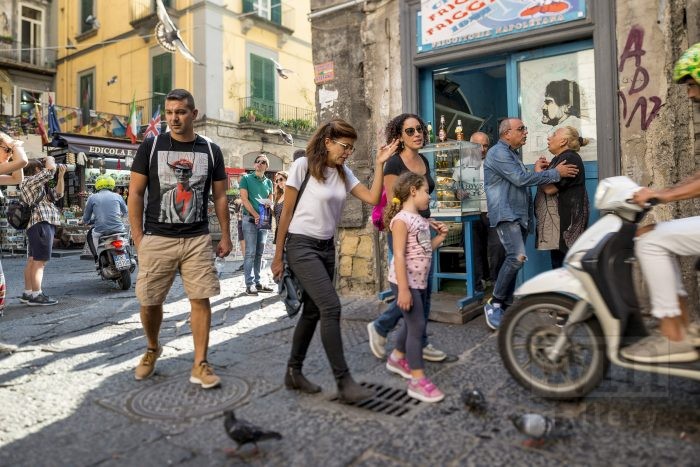 After his graduation in Social and Political Sciences at the University of Amsterdam, Co de Kruijf has been working in the travel industry. For his work, he has traveled extensively in Asia and particularly in China, as tourleader and as researcher. He has always combined his travels with photography. His photographs and reports have been published in Dutch- and foreign media and have largely contributed to the image of China in the Netherlands.

During the nineties, the emphasis in his work shifted from of travel photography to editorial photography. Currently Co de Kruijf works for a number of magazines and cultural institutions. He also initiates and leads photographic projects aimed at social inclusion and cohesion in neighborhoods.

Independent work of the Co de Kruijf often relates to human behavior in public space. The tension between private and public sphere is a recurring theme.

Co de Kruijf lives in Amsterdam with his wife Denise, his son and daughter, Koen and Marijn. 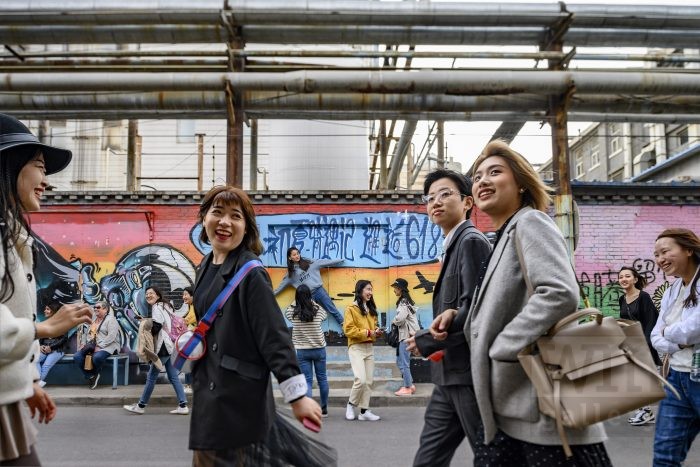