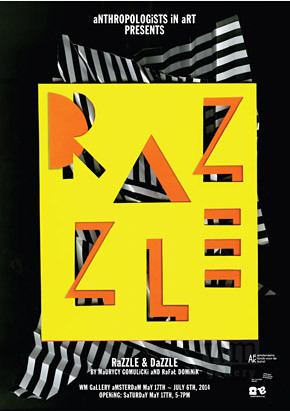 Blaton & Rypson, Anthropologists in Art, are proud to present:

On Saturday May 17th Polish artists Maurycy Gomulicki and Rafał Dominik will unveil the illusory modification of the WM Gallery space. Gomulicki & Dominik have taken it upon themselves to regard the space itself as the subject, and will present the gallery as a piece in and of itself. Although their spatial intervention will not require actual physical modification, they aim to dazzle the audience with colourful optical illusion.

In a former life the gallery space used to be a living room and, despite the multitudes of exhibitions it has hosted, it has always retained that faint echo of domesticity. In an attempt at aural reconfiguration, perhaps akin to exorcism, Anthropologists in Art have asked Gomulicki & Dominik to radically change the spatial feeling of the gallery following the blueprint of the optical art of the mid 1970’s. 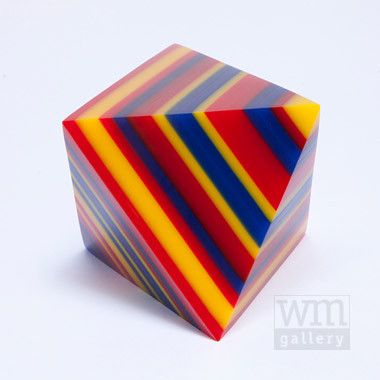 For both artists could be called Turbo-Colourists, and their weapon of choice is, indeed, colour, colour and even more colour. Hence, although references abound – to the Razzle Dazzle ships of the First World War, to Henryk Berlewi’s Mechano-Faktura, to the Op-Art from the mid-1960’s, such as Bridget Riley, Victor Vasarely, Jesus Rafael Soto, Julian Stanczak or Richard Anuszkiewicz – Gomulicki & Dominik are primarily concerned with visual effectiveness, blurring the lines between high and low art.

Confronted with the fact that these types of spatial interventions and murals are usually reserved for large museum spaces or architectonic structures, their goal is to show that with minimal materials one can transform a modest space with the greatest possible effect. 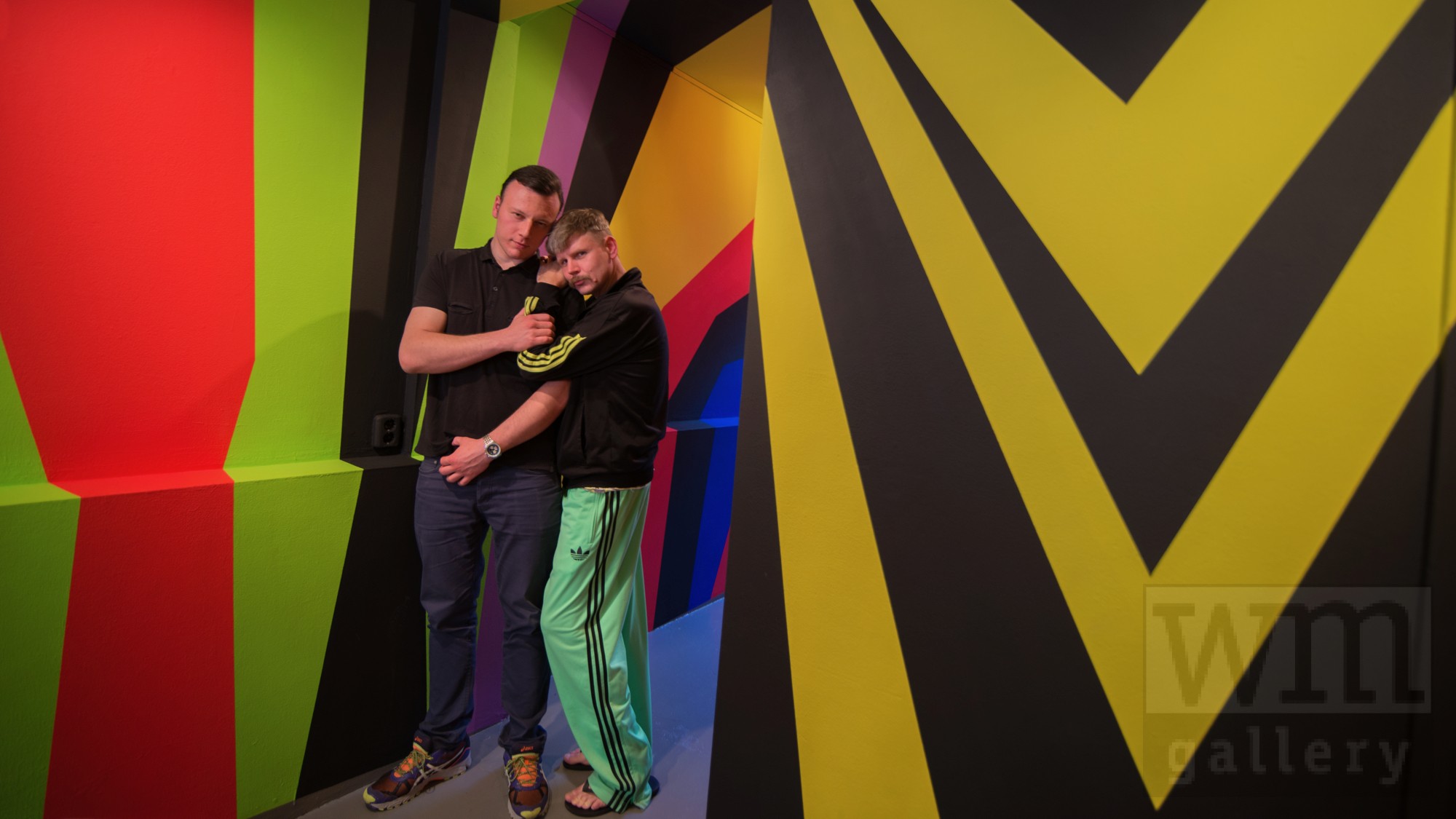 Rafał Dominik
Born 1985 in Warsaw, Poland. Graduated from the Academy of Fine Arts in Warsaw at Leon Tarasewicz’s painting Department. Creates sculptures, drawings, videos and paintings. He is very much influenced by pop-culture aesthetics as well as data analysis. Dominik explores the border between high and low culture. Enthusiast of life, colour and exploration. Founding member of Galactics – a disco-polo band mixing Polish folk traditions with modern dance music.

Maurycy Gomulicki
Born 1969, lives and works in Warsaw and Mexico City. Artist, designer, photographer, collector, anthropologist of popularculture. Hedonist deeply devoted and consistently promoting the Cultureof Pleasure. He studied Fine Arts in Warsaw, Barcelona, Milan and Mexico. During the 90’s and early 2000’s Gomulicki regularly contributedwith his own collector- fetishistic sections in a couple of Polish magazines: ” Machina” & “Fluid”. Consultant and co-author of the project ABCDF – a visual dictionary of Mexico City (2000-2002). He has introduced himself to a broader public through his subversive, multidisciplinary project Pink Not Dead! (2006).
Author of three photo albums: Funebre (with Jeronimo Hagerman, Editorial Diamantina, 2006),W-wa (Bec Zmiana Foundation, 2007) and Minimal Fetish (LeTo Gallery,2010). Many of his pieces enter into a dialogue with eroticism and pornography – in this case, it is worth mentioning a huge mural in the Zacheta National Art Gallery: Fertility Pop (2008) and a series of collages entitled Pussy Mandala (2008-9). Intensive colour, explored as much in its vital potential as in its socio-cultural aspect, is animportant component of his works. In recent years he often makes interventions in public spaces – The Pearl (Wigry, 2009), Lightspurt (Warsaw, 2009), Color Cube (Wrocław, 2010), Obelisk (Poznan, 2010), Totem (Open’er, Gdynia, 2012) and Relax & Luxus (Artloop, Sopot, 2012). 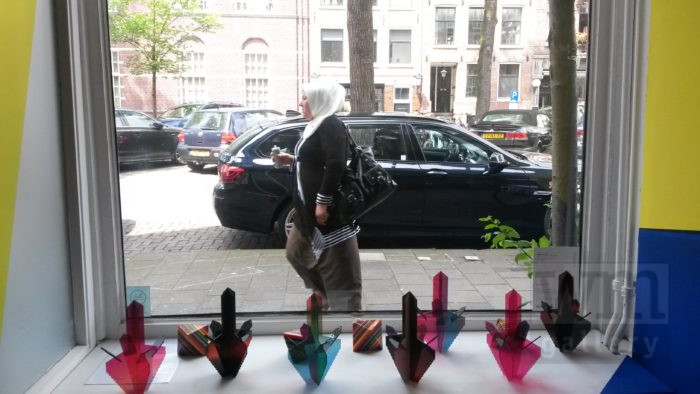 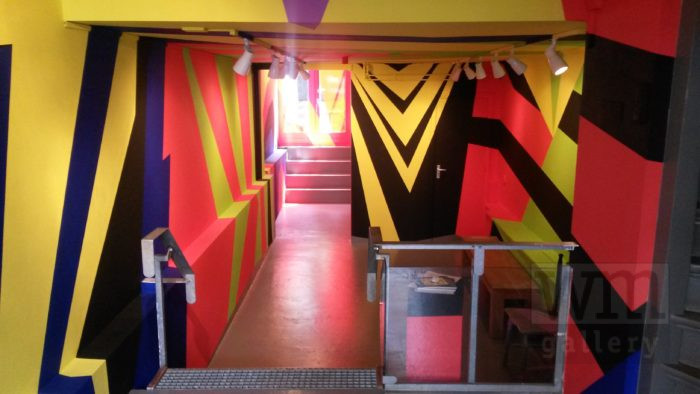