A series of portraits of the artists exhibiting at Gallery WM by photographer Pete Purnell
“All the photographers were photographed at the same location – Gallery WM.
I met the majority of the subjects only a minute before I started to photograph them. Originally I felt like the pupil who challenges the master at his own game – photography. Soon it appeard that most were really quite humble and showed only respect for my method of portraying them. Perhaps they just felt intimidated at finding themselves at the sharp end of the lens. Over the years I’ve taken a lot of photo’s of the exhibitors at Gallery WM. Although taking pictures isn’t that difficult, it’s making pictures that takes all the effort. Creating something which wasn’t there before.
Lets just say I took a lot of photos and occasionally I made some too.”

Wanda & company
“Each time I photographed the exhibitor with his or her work I also took a picture of them together with Wanda. She is the motor behind Gallery WM ( Wanda Michalak ). She is the one who invites photographers to exhibit their work and organizes the whole show. Each exhibition reflects her taste in photography and carries her approval.
You might say, she is the spirit of the gallery, the heart and soul of the gallery, indeed she IS the gallery. This is not just a document of the people who have passed through the gallery since the year 2000, it’s also a visual record of more than 10 years in the life of Wanda Michalak.” 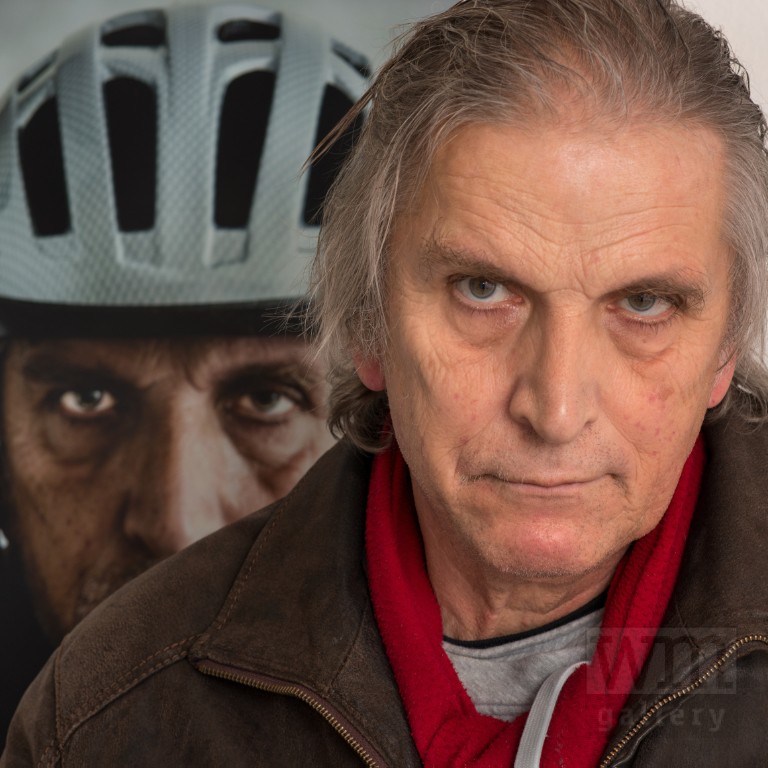