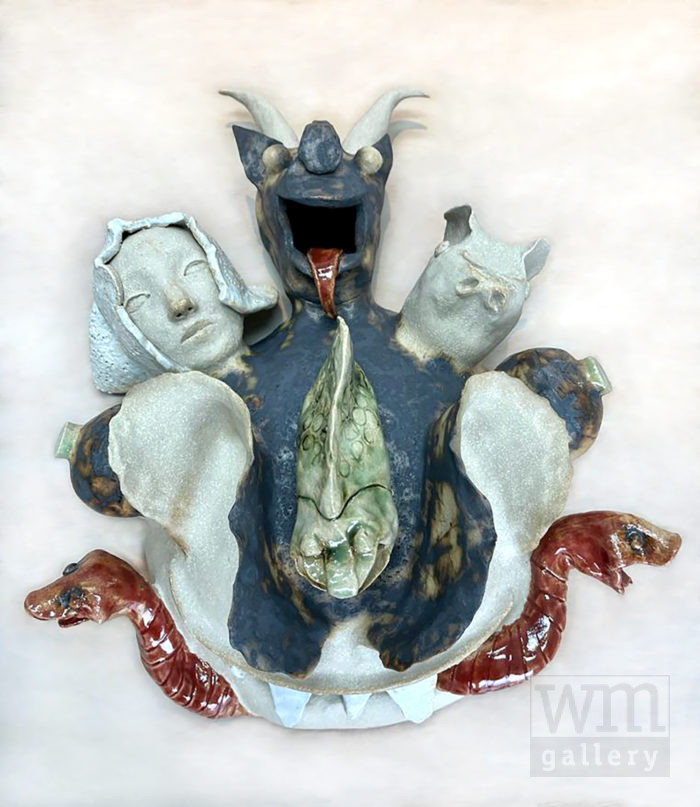 “IANDE” is a collective of artists, composed by Álvaro Aroca Cordova (Chile), Maga Berr (Peru), and Patricia Werneck Ribas (Brazil), born and situated around thoughts from Latin America that aim at reconstructing “other” realities and shed light on the untold, the invisible.

IANDE introduces us to narratives between the political and the mythical, an epistemic detachment as a possibility of a return to our own and a faint political and cultural autonomy. These narratives show that we live in a crisis of identities within Modernity/ Coloniality. This crisis is the starting point of our journey to rethink, re-examine and/or revive reality as we know it. We explore a shared past and future, asking ourselves: How did we arrive at this identity crisis? How can we construct non-colonial realities in the field of contemporary art? Can we be non-colonial within the colonial matrix? What is the colonial wound?

The artists’ inspiration arises from their experience of life in South America and their reflection upon it, also encouraged by the fact that they now live in Europe. They use poetic artistic languages, employing metaphor and symbolism, at times linked to an ancestral culture and sometimes associated with contemporary aesthetics. They explore the ambivalence of a spectrum of social and literary narratives contextualized by the problematics of modernity; ambivalences and disjunctions in the “subject/discourse” relationship – where the complexity of elements that cross this singular socio-cultural process exposes the production of an unstable discourse, sometimes contradictory, sometimes solidly imbricated in its purpose, whose in situ condition is its contextual emergence. It is born from the feelings of the diverse Latin American people.

The artists experiment with various artistic media, such as sculpture, installation and sound intervention, embroidery, and video art. With these media, they have prepared for this exhibition a parallel world of understanding and reflection on the complex world of being Latin American within the context of coloniality.
Welcome to the world of IANDE.